Notice: Function WP_Scripts::localize was called incorrectly. The $l10n parameter must be an array. To pass arbitrary data to scripts, use the wp_add_inline_script() function instead. Please see Debugging in WordPress for more information. (This message was added in version 5.7.0.) in E:\www\centurbt\centurycityhealth.co.za\wwwroot\wp-includes\functions.php on line 5831
Insurance Medicals | Century City Health Skip to the content

IV drips or “intravenous micro-nutrient therapy” is all the rage in natural healthcare and is now available at Century City Health. Patients have reported enormous benefit in the management of anxiety and stress, assistance with weight loss, increasing energy levels, uplifting mood and boosting the immune system. Gastro-intestinal disorders can result in reduced absorption of necessary nutrients. Intravenous infusions will ensure that all the required vitamins are absorbed.

Cancer and chemotherapy can ravage the body. IV vitamin infusions can help restore the body’s normal balance. Refer to the list of cocktails on offer and their reported benefits below.

by John Myers, a Baltimore physician.

Contains amino acids, vitamins and anti-oxidants. These ingredients work in combination on a cellular level to increase mitochondrial energy.

Most people have never even heard of GABA, let alone know what it does in the body. However, for those suffering from anxiety or insomnia, this important neurotransmitter can be the key to reducing symptoms. Gamma-aminobutyric acid (GABA) promotes relaxation and calmness. Its main function is to reduce the activity of nerve cells in the nervous system. Research has found that it could play a role in many conditions, including depression, anxiety and stress. Gamma-aminobutyric acid is thought to have a natural calming effect. It is often used as a natural supplement to promote sleep, improve mood and ease premenstrual symptoms.

Elite IV with NADH and CoQ10

A boosting combination of Marais protocol with NADH and CoQ10. It basically works to produce more energy. NADH (Nicotinamide Adenine Dinucleotide (NAD) + hydrogen (H).) plays a role in the chemical process that generates energy. Your body produces CoQ10 naturally, but its production tends to decrease with age. Health conditions like heart disease, brain disorders, diabetes, and cancer have been linked to low levels of CoQ10.

Glutathione is an antioxidant. Melanin is the pigment that gives skin its colour, and it is produced by the activation of an enzyme called tyrosinase. Glutathione binds to tyrosinase, which reportedly helps prevent the enzymatic pathways that produce melanin. A combination of glutathione, vitamins, minerals and fluids are administered via an IV infusion and this hydrates the skin and reduces melanin production. Regular IV glutathione treatments are essential to achieve the desired effect. 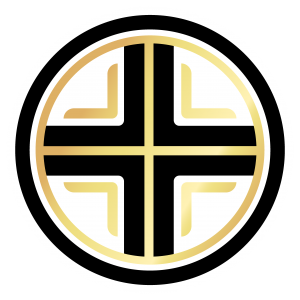 Need to book an appointment?